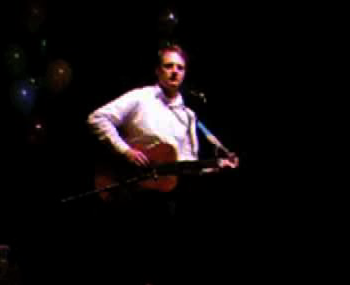 So, again with the December 2005 K Records record release party for Melanie Valera of Tender Forever at Art House in Olympia, Washington. Melanie and Calvin Johnson both performed. Included here is one song by each, and a touch of lively banter. As before, Melanie was difficult to capture on - um, microchip, I guess - because she spent most of her show dancing with the crowd. Only the lonely videographers complained. And a bobbling green balloon had to act as her stand-in.